When you create a VPC, you must specify a range of IPv4 addresses for the VPC in the form of a Classless Inter-Domain Routing (CIDR) block. For example, 10.0.0.0/16.

You can associate secondary IPv4 CIDR blocks with your VPC. When you associate a CIDR block with your VPC, a route is automatically added to your VPC route tables to enable routing within the VPC (the destination is the CIDR block and the target is local).

To add a CIDR block to your VPC, the following rules apply:

When you start using Amazon VPC, you have a default VPC in each AWS Region. A default VPC comes with a public subnet in each Availability Zone, an internet gateway, and settings to enable DNS resolution.

When we create a default VPC, we do the following to set it up for you: 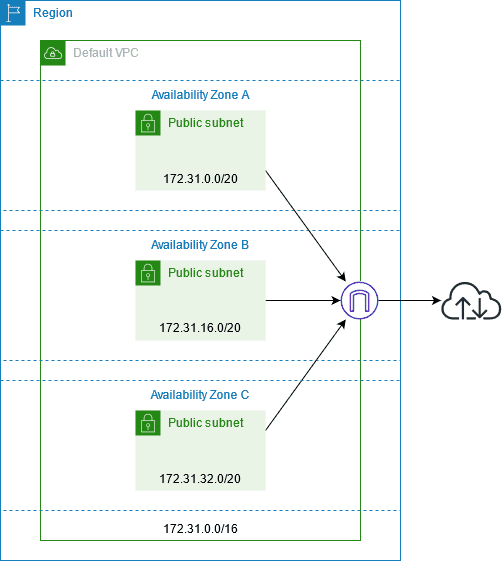 The following table shows the routes in the main route table for the default VPC.

The Amazon DNS server is an Amazon Route 53 Resolver server. This server enables DNS for instances that need to communicate over the VPC’s internet gateway.

When an instance is launched in a VPC -

DNS attributes in your VPC

The following attributes determine whether an instance launched into the VPC receives a public DNS hostname if it is assigned a public IPv4 address or an Elastic IP address at creation.

If at least one of them is false

I hope with this post, the basic components of AWS VPC is bit clearer. We will delve into more details in coming post.

Till then, happy coding !!!